By Matt McKee on in Ministry, Technology

It was all over the news a few weeks ago that a person wanted to stream live video of a demo day at Y Combinator, a famous accelerator in California that helps entrepreneurs launch tech companies. Because the demo day was invite only, Y Combinator started cracking down on audience members who were “meerkating.” Y Combinator decided that Meerkat was just too dangerous for its entrepreneurs and possible investors. This reminded me of a pastor who was frustrated over the large number of marriages in his church that were in serious trouble after one of the spouses rekindled an old flame on Facebook; he responded by banning Facebook for all staff members. Yes, pastors have banned Facebook, and forward-thinking accelerators are banning Meerkat and Periscope.

So this begs the question: are live-streaming apps like Meerkat and Periscope really too dangerous for those in ministry? My answer to that question is a resounding NO. I believe that any new twist on technology that builds community is actually a very valuable tool that ministers can use to connect with and relate to people. Let me say that again: if the technology builds community and is about people, pastors and Christians should ask how to use it to reach that community or the people who are using it.

It is true that there are dangers with live-streaming apps. From what I’ve seen on Meerkat and Periscope, it’s much easier to say that you are doing something interesting on a network like Facebook or Twitter than it is to show it on a live-streaming app. It’s almost like ending a joke and saying, “Well I guess you had to be there.” The problem is that the people who are watching are there with you during the live stream, and the person holding the phone is still trying to figure out how to engage with the people who are watching what they are doing. That could get you in trouble, but it could also go both ways; people are streaming things that we never wanted to see, but if you could harness the power for good, then you could have an incredible audience.

If you are wondering how you would use a live-streaming app for ministry, then welcome to a great question. That said, it’s important to be careful and vigilant on all social media, but this is true in all of life. There are temptations every way you turn in this world, and there is an enemy of our souls looking for ways to devour us (1 Pet. 5:8). But our God is faithful and promises us that He will provide a way out of temptation (1 Cor. 10:13). So I believe the answer is not to try to avoid all temptation, because then we’d never be able to leave our houses or turn on our computers or televisions. But the answer is to walk closer to God and seek Him for the wisdom to recognize and escape temptation.

I definitely disagree with the previously mentioned pastor’s approach to banning Facebook because I feel like it completely misses the point of spiritual leadership. I get why Y Combinator asked investors and entrepreneurs not to stream private information. Spiritual leadership is about teaching people to love God and walk out their faith, not just follow a set of rules. It’s about changing hearts, not modifying behavior. Private information should be held private. The greatest message of all time should not be considered private. It should be proclaimed from any and all media.

So yes, Meerkat and Periscope could be dangerous and will get many people in trouble. It’s a dangerous world we live in, but I believe that you can successfully navigate the dangers by having a relationship with God and a great accountability partner. But I don’t think there’s any reason to condemn social media as evil when God could so easily use it for good. 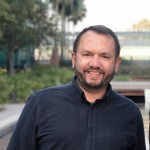